Sometimes, a potential buyer will walk into a home, see older pipes, and immediately write off the house. They assume that because the pipes are "old," they will be problematic and need to be extensively repaired or replaced. This concern is not unfounded; pipes do become more prone to leaks as they age. However, pipes have a longer lifespan than many people realize. Copper pipes can last 50 years or more. Even galvanized steel pipes can last up to 50 years. So, your "old" pipes may not be as problematic as you think. Rather than assuming they are bad or damaged, look them over for these common signs of deterioration.

Rust in the water

If the home has galvanized steel pipes, try turning on the water at each tap. Pay attention to the color of the water when it starts coming out. If the water has a rusty color to it, then the pipes are beginning to rust, which does indicate they may start leaking soon. However, if the water runs clear in a home with galvanized pipes, that means the pipes are still in very good shape and are likely to serve you for years to come.

Pipe bellies occur when a section of pipe sags down. Water then pools in the sagging area. This can lead to premature deterioration in the area, which can lead to leaks. If older pipes are bellied, they may have been that way for a long time, which means leaks and other issues are more of a concern. Look over any exposed pipes for evidence of sagging, and also listen when you turn the water on. Bellied pipes often make a banging or clanging noise as water runs through them.

Joints are areas where two pieces of pipe come together. Often, these are the weakest areas of your plumbing and the spots where you'll notice leaks first. Joints were also not made as securely in older pipes; plumbers did not have such high-quality pipe tape decades ago! If you see a lot of white mineral buildup, or worse yet, green mineral buildup around the joints, this likely means there is significant corrosion and mineral buildup inside the pipes, too. This could lead to leaks, a loss of water pressure, or both.

Sometimes, old pipes really are a concern. But other times, they're not. Rather than making an assumption about pipes because of their age, pay attention to their performance and the signs above. 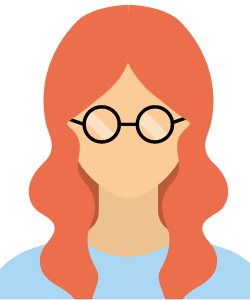 Sump pumps are one of those things that are often not thought about once they've been installed in a basement. Unfortunately for those homeowners who overlook it after the fact, this can be problematic. While sump pumps are a reliable way to keep water from building up in your basement, they are not impervious to damage, wear, and failure. Since most homeowners don't think about that risk until they go into the basement to find standing water and a sump pump that won't respond, we created this site to help solve this problem. In the posts here, you'll find information about common problems with sump pumps, troubleshooting tips, and recommendations for when to call your plumber.